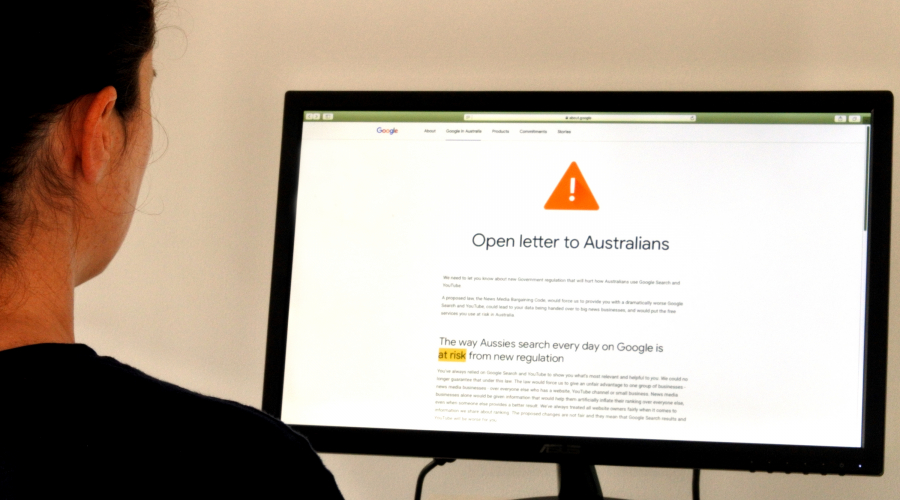 In the age of free content, who is willing to pay?

Over the past two decades there has arguably been a bigger shift in the way in which we consume media and content than at any other time in modern history. The continual evolution of the internet means are we no longer reliant on the media we consume being delivered to us via traditional avenues such as TV, radio and print and we can increasingly seek out content through the myriad digital platforms that now occupy our everyday.

In fact, according to the Digital News Report: Australia 2020 authored by the University of Canberra, nearly 40% of all Australians use Facebook as a news source, more than 20% use YouTube to access news and around one-third of Aussies listen to podcasts. Importantly, the study also found that more than 50% of Australians access their news from at least five different sources.

Although the media landscape in Australia remains an oligopoly, it has arguably become more decentralised than ever before and the impacts on traditional media are profound.

As users have migrated and become dispersed over a larger number of platforms, advertising dollars have dried up and the business models of traditional media outlets have struggled to keep pace. This has resulted in widespread job losses and impacted the quality, depth and diversity of public interest journalism in Australia.

While the diversity of journalism and media ownership is a debate in and of itself, the upshot is that, in 2017, the Federal Government asked the ACCC to begin looking into the relationship between traditional media and digital platforms such as Google and Facebook.

By mid-2019, the ACCC tabled its Final Report of the Digital Platforms Inquiry, which detailed a significant power imbalance that undermines the ability and incentive for Australian news businesses to generate content. The report found that this has impacted the overall quality of public interest journalism being generated by established news outlets.

In response to the Final Report of the Digital Platforms Inquiry, the Federal Government early last year directed the ACCC to develop a draft code of conduct seeking to address this perceived power imbalance.

In particular, this code would require Google and Facebook to strike deals with individual news organisations that would see digital platforms pay providers in order to display or link to their content.

It’s a hugely controversial topic and rightly so.

On one hand, Google and Facebook argue that the code fundamentally disrupts the way in which their search and content aggregation algorithms operate, puts their business in Australia at risk and undermines the principals of a free and open internet. Google has already threatened to pull its search engine from Australia and has undertaken a large-scale public campaign against the proposed code.

On the other hand, the Federal Government and the news organisations that have backed and lobbied for the development of the code argue that Google and Facebook have enjoyed a free ride for too long and scooped up valuable advertising dollars for content not of their creation.

Critics of the code, such as former Prime Minister Kevin Rudd, have also argued that it will provide an unfair competitive advantage for Australia’s dominant media players such Newscorp and Nine Entertainment. In particular, critics argue that it includes clauses about data privacy that should be suitably scrutinised, while the requirement under the code for Google and Facebook to provide news organisations with advance notice of changes to search algorithms raises further questions about competition and the role of government in regulating the business of private companies.

Google has shown it is not opposed to working out a commercial arrangement with Australian media outlets. In recent days, the tech giant inked a $30 million per-year deal with Seven West Media to provide exclusive news content through its recently launched Google News Showcase app.

This deal shows that reluctance to play ball with the News Media Bargaining Code may have less to do with the concept of paying for content and more to do with how the code is structured in its current form. It may be that these individual deals that sit outside the News Media Bargaining Code are the way forward; however, it also raises concerns about the bargaining power of smaller news outlets in negotiation a fair and equitable deal with Google and Facebook.

The world is watching on

No matter which side of the fence you sit on with regard to the News Media Bargaining Code, it’s hard to see how current trends in the Australian media landscape are sustainable.

Quality public interest journalism remains a cornerstone of democracy and has become arguably more important than ever in the age of disinformation, yet nobody has really come up with a suitable answer to the question of who should pay.

How far does the role of government extend in safeguarding a public interest industry? How much responsibility should news organisations bear for failing to adapt their business models to today’s digital age? Does this code unfairly benefit a few, large players who’ve lobbied for its introduction?

These are all questions still to play out as discussions between the Federal Government and Google and Facebook continue. With Parliament set to begin debating these proposed laws in the coming weeks, the world is watching on with bated breath.

As ACCC Chair Rod Sims described, it’s a “high stakes game” at this point. No government has ever placed this level of scrutiny on Big Tech and its relationship with traditional media. Should the code pass into law, Australia will become the first country in the world where these tech titans are required to pay for the content they display, and it would set a precedent that may once again fundamentally disrupt how we, as consumers, access and interact with the news.

Over the past two days, there have been major developments in negotiations relating to the News Media Bargaining Code, which have once again brought this issue to the fore.

On Wednesday, Google and Nine announced they had struck a $30 million per-year deal for content provided via Google products in an agreement similar to one previously announced between the tech platform and Seven West Media. Importantly, the signing of this deal means that Google and Nine will avoid a potentially messy arbitration process under the News Media Bargaining Code.

Less than 24 hours after the Google and Nine deal was made public, Facebook took the landmark step of removing all Australian news content. Users attempting to visit Australian news pages will be met with a blank feed.

Facebook issued a statement on the development, in which it says that the proposed law "fundamentally misunderstands the relationship between our platform and publishers who use it to share news content."

The full statement from Facebook can be read here: https://australia.fb.com/news-...

In response, Treasurer Josh Frydenberg tweeted that discussions with Facebook are ongoing.

It appears the change implemented by Facebook has inadvertently picked up non news pages such as the Bureau of Meteorology and SA Health to name a few, which will hopefully be resolved quickly.