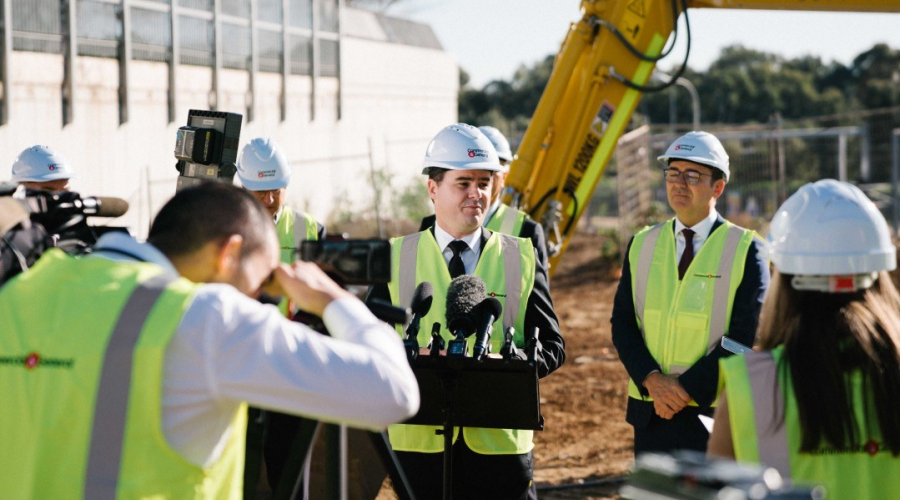 Transformational projects:
The importance of delivering on a communications promise.

This week’s sod turning at the Australian Bragg Centre – the new home of Australia’s first proton therapy unit – is as transformational for Adelaide as it is for the ongoing battle against cancer.

The metrics are impressive. A thousand jobs supported and a billion dollars generated in economic impact during construction, an end value of more than $500 million and the ability to deliver the most advanced, precision radiation therapy to as many as 700 patients a year.

It is a city-defining project. In the words of Jamie McClurg, executive chair of Commercial & General, a driving force behind the project and providing nearly $400 million in project finance, the Australian Bragg Centre is to health as Lot Fourteen is to space, defence and new technologies.

The challenges for communicators with projects of this scale are myriad. There are stakeholders within stakeholders, all with their own requirements and expectations and all needing to be engaged and involved. Timelines change quickly and frequently, and complications always challenge the strategy. And, naturally, the more significant the project, the more intense the media scrutiny, with relentless demand for content and Q&A.

A key learning from our work on major developments of this kind is the absolute need to ensure the communications only makes promises that the project can keep. It sounds simple, but the pressures that come with big budgets and bigger expectations can – if not checked – inflame the narrative to the point where the project gets much, much larger than it can ever hope to be in real life.

That’s where communicators need to play a critical role. A good example is the approach we took to the $535 million redevelopment of Adelaide Oval, a truly transformational project for South Australia and one that generated simply enormous and virtually uninterrupted questions, copy and commentary.

Our strategy was focused on making sure we remained in control of the flow of the right information at the right time. We were determined not to over-promise with our communications and then ultimately under-deliver, no matter the pressures.

A good example is the architect’s impressions, which were released only when the project partners were completely satisfied that they 100% represented the product that patrons would see, feel and experience when the stadium opened. Unsurprisingly, that imagery made the front page of the Advertiser under the headline “Field of Dreams”. Exactly the same headline was repeated two years later when the first Showdown was played at the redeveloped Adelaide Oval, and it was almost impossible to tell the difference between the live aerial photograph and the architect’s original renders. The project had started to deliver on the promises that had been made by its communications.

Key to the success of major project communication is a collaborative and collegiate whole-of-project approach with relationships based on honesty, transparency and respect.

After all, there’s too much at stake for anything else.