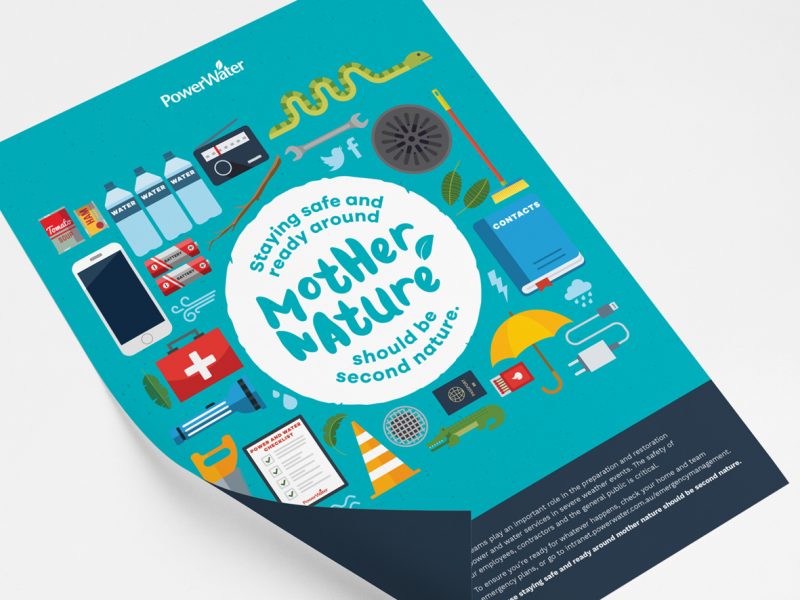 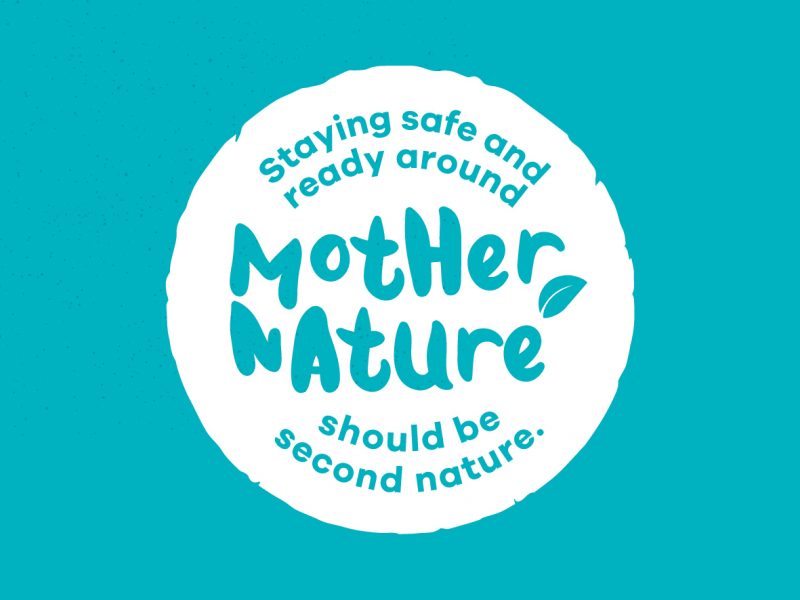 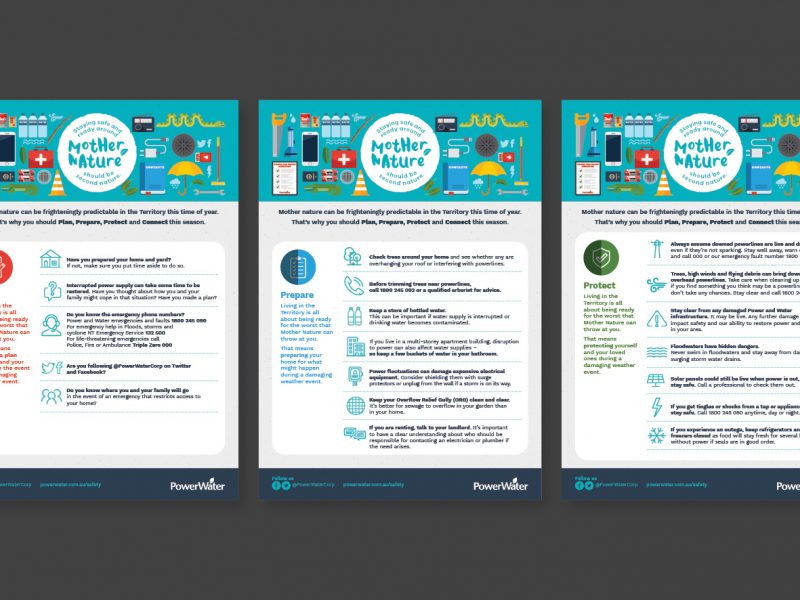 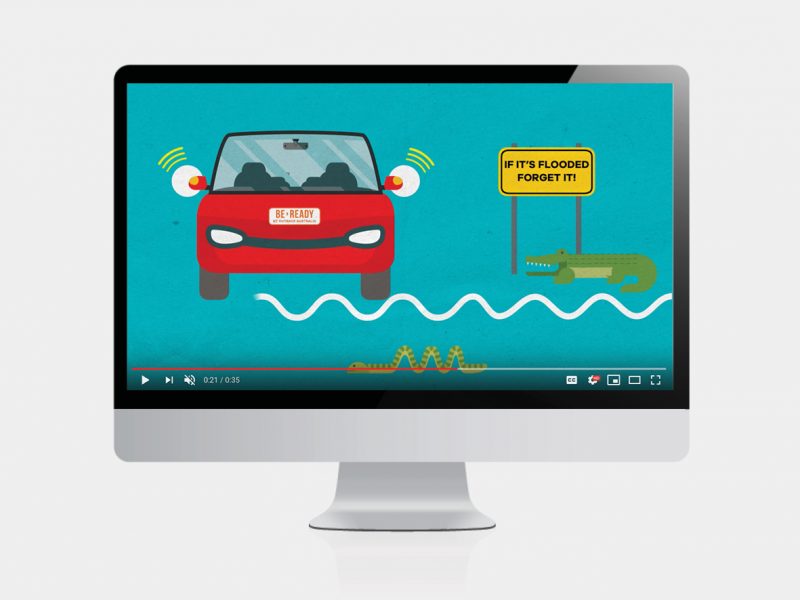 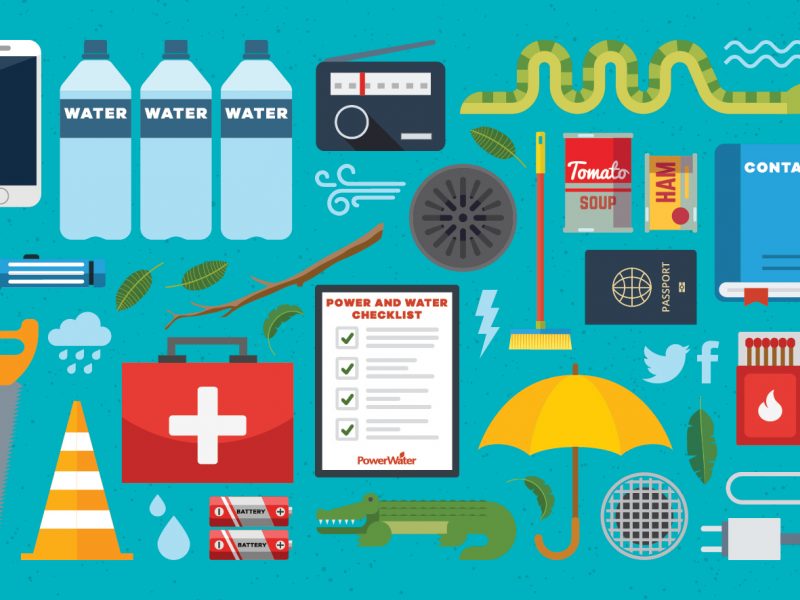 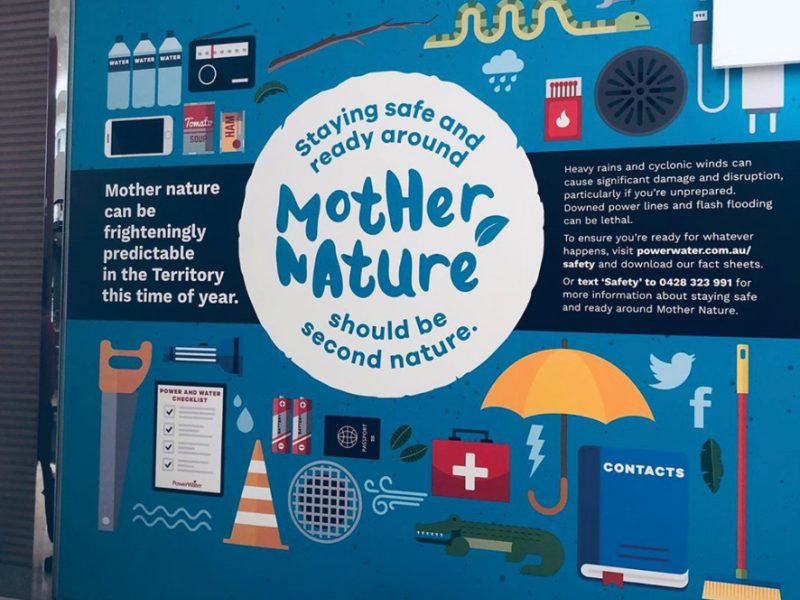 Background
Michels Warren has worked with the Northern Territory’s Power and Water Corporation since 2004. In that time, we have assisted with virtually every aspect of the organisation’s internal and external communications, working at every level from the board to the newest employees.

This seasonal safety campaign is just one example of the work we have undertaken with Power and Water. The organisation undertakes an annual public information campaign designed to prepare urban and rural communities in the Northern Territory for the wet/storm season. It needs to inform of the challenges and potential for unplanned events to occur as a result of high winds, heavy rain and widespread lightning activity.

Michels Warren was tasked with coming up with a new way of engaging with audiences that weren’t the traditional advertising methods used previously (in particular, the use of television and print advertising). In addition, we had to find a creative way of cutting through with our message, while also making sure it resonated with audiences across the NT e.g. not just those in the top end.

Strategy
We devised a core creative approach of “staying safe and ready around Mother Nature should be second nature”, playing into the awareness of Northern Territory residents but also trying to impact the apathy that can exist around storm safety in the NT. Key messages communicated in the campaign came in two parts: a ‘get ready’ stage which ran from Oct-Nov and a ‘during’ stage which ran from Dec-Feb with campaign platforms covering television, radio, digital, social media, outdoor (bus backs) and press advertising.

Outcome
From 1 December 2018 through to 1 March 2019, the overall reach through Facebook for the campaign was significant at 189,000 (reach)/740,000 (impressions) with the cost per 1000 impressions better than the global average of $7.00 at $6.35. The number of 10-second digital views of the four 30-second commercials at almost 85,000 showed the willingness of people to engage and the creative power of the content. YouTube impressions were at 670,000 for the same period with the view rate very high at 39.46%, indicating that almost two in every five people watched the video content from start to finish.

Back to our Work